What Happened at the Midwest Haunters Convention

If you're thinking about coming to next year's Midwest Haunters Convention, stop thinking about it and just do it! If that doesn't sell you, though, let's talk about what we saw when Professor Mysterious attented MHC2019!

This year's show was again at the Renaissance Schaumburg Convention Center. This world-class facility is perfect for Midwest Haunters Convention: just the right amount of space, in the perfect neighborhood. If you've ever been to Chicago's suburban northside, you know the kind of neighborhood Renaissance Schaumburg Convention Center is in: lots of buildings, but in a wide-open space, so while you could walk to restaurants - Culver's is right around the corner, and so is Coach House! - you're a lot more likely to find something you want by hopping in your car.

Once we got into the convention center, the zip and rush of Chicago's I-90 died away, and we were faced with a massive show floor, full of familiar faces and new vendors we'd never met. We got our giant full booth dragged in and set up, and set about seeing what else the show had to offer! 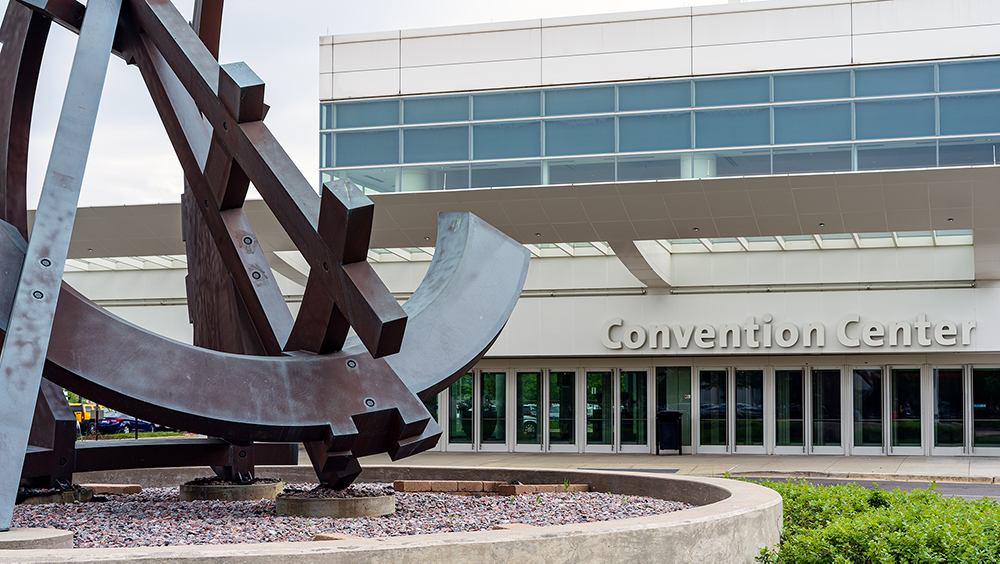 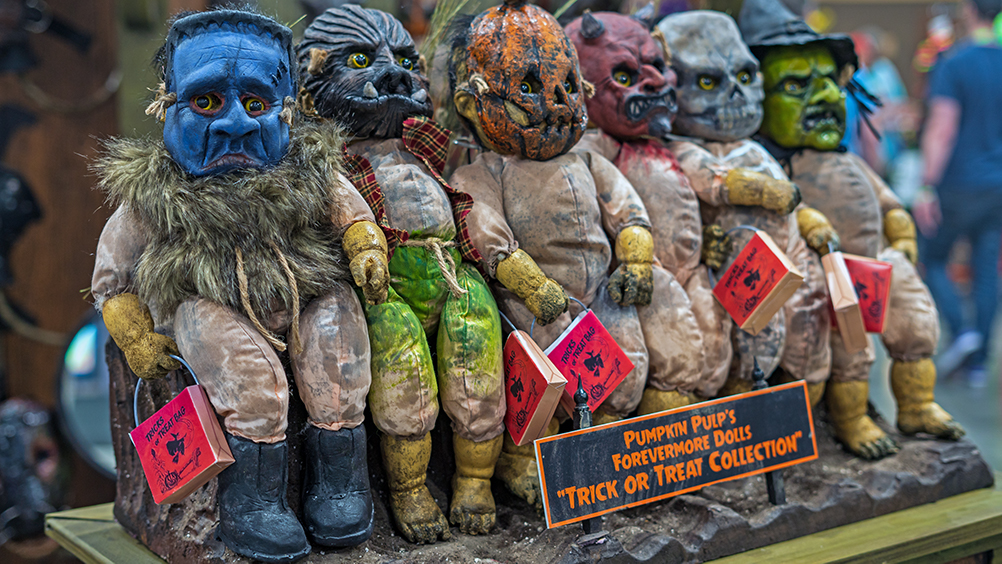 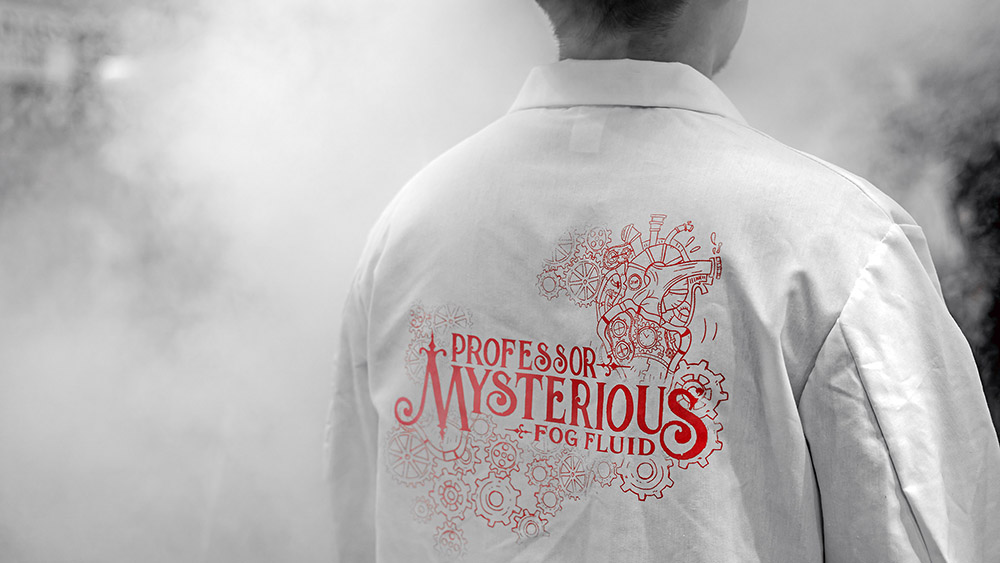 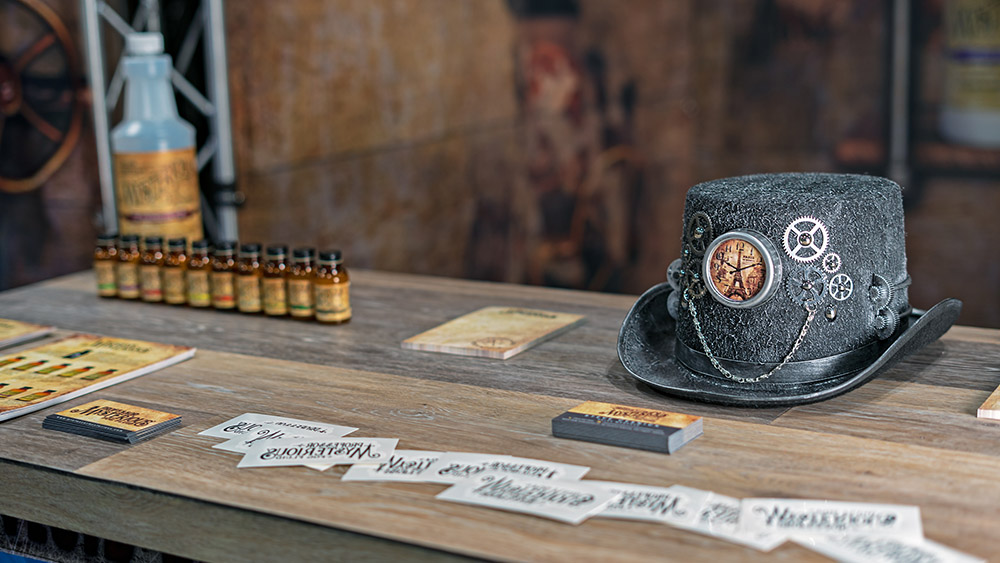 Our friends from the Transworld show, the artists at ProAiir Body/FX Makeup were in full effect. Their booth was in sight of ours, so we could keep an eye on the progress of each body painting as it went on. They're amazing people, and extraordinary FX artists!

Industry friends Strega Moon Productions were there, naturally, with a full collection of lifelike props and body parts and whole bodies...everything you'd need to perform a fake autopsy, guts and all!

Pumpkin Pulp had one of our favorite booths, with their freakishly detailed masks and their genuinely disturbing Forevermore Dolls. Awesome people, and products you absolutely have to see to believe.

New friends Eville J’s Creepy Closet and Ghost Ride Productions and Closed Casket Studios all had booths, highlighting their amazing props and masks. Even if you aren't in the industry, it's absolutely worth stopping by MHC just to see the astonishing work that goes into everyone's craft! You'll never see anything like this outside of a Hollywood movie - or the very best haunts! 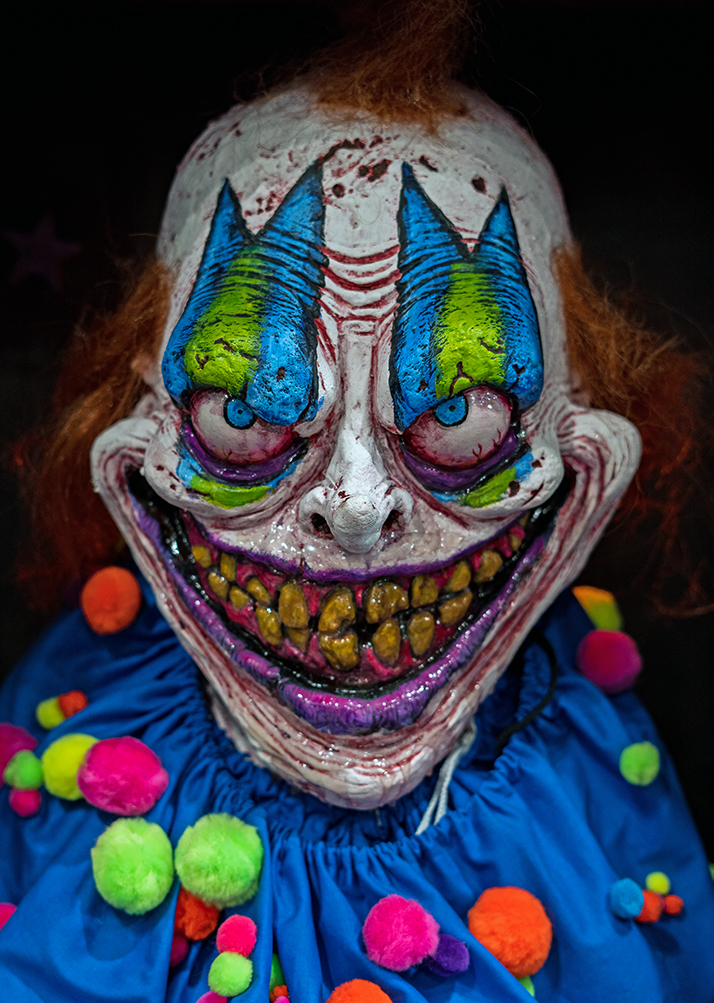 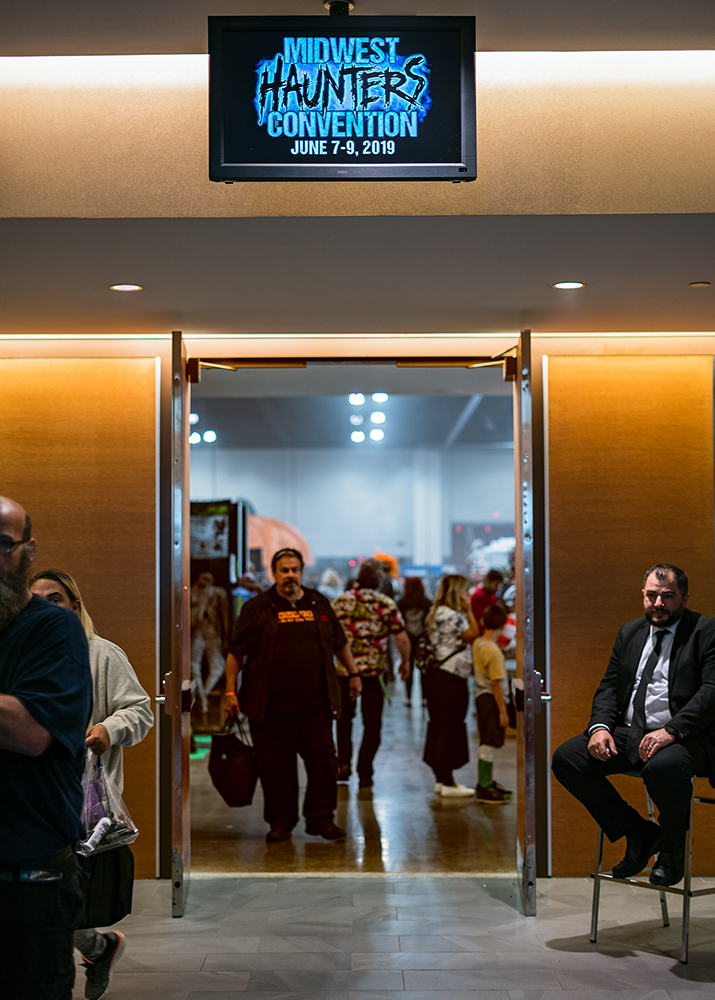 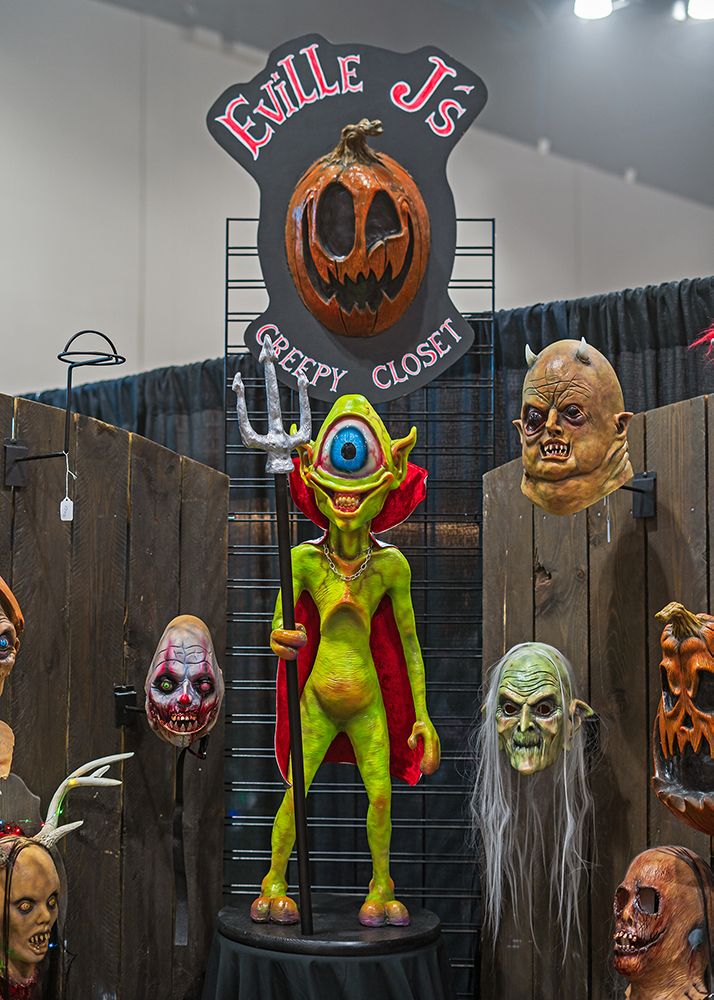 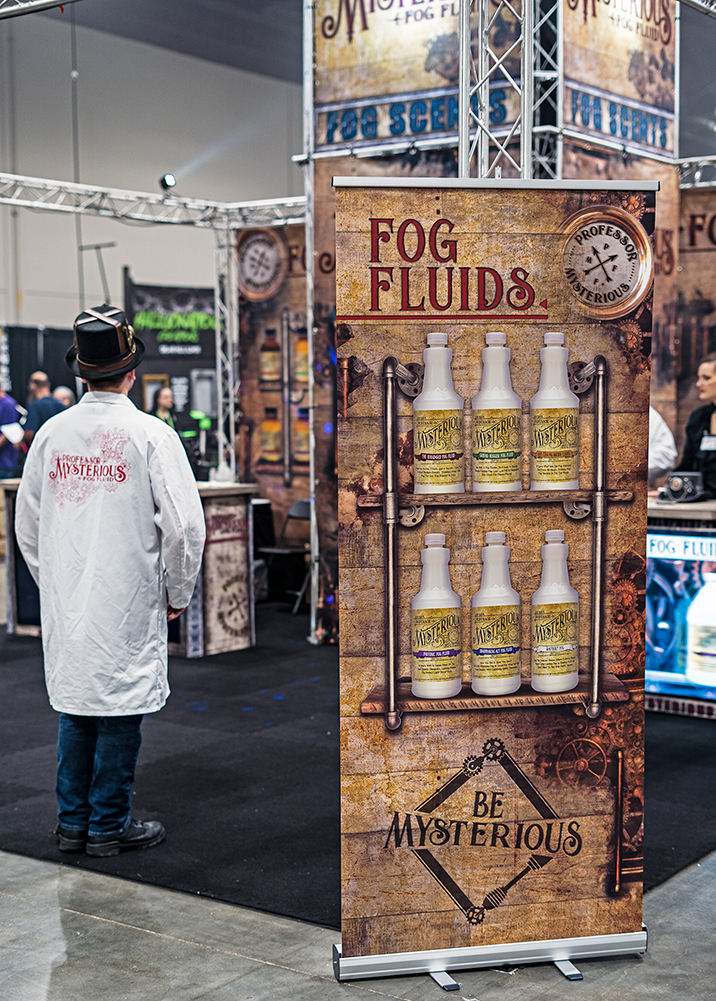 Professor Mysterious' own booth was amazingly popular, too! We got a lot of comments about how impressive our fog dissipation was. While some other fog companies kept fogging the floor out, and leaving residue on everyone's artwork, our geysers were full of Disappearing Act Fog Fluid, which is carefully designed to vanish without a trace! We could fog the room out, but leave it empty in mere seconds, perfect for an indoor space where you don't want to suffocate your neighbors.

It wasn't just booths, of course: Midwest Haunters Convention has tons of events and seminars throughout the day, enough that we were bummed we had to "work" the whole time. They have a great lineup of educational and just plain fun events, from the pre-convention Haunted House Bus Tour to "Scary-Oke" singing contest to Saturday's Hardcore Hearse Club showcase. Our friends from ProAiir Body/FX Makeup did an amazing makup demo on the main trade show floor stage, too.

There were even movie screenings, airbrush demos, live interviews, and the hilarious "Dating Game of the Dead", where icon characters from Chicagoland's most celebrated haunted attractions vias for a chance to meet that special someone! 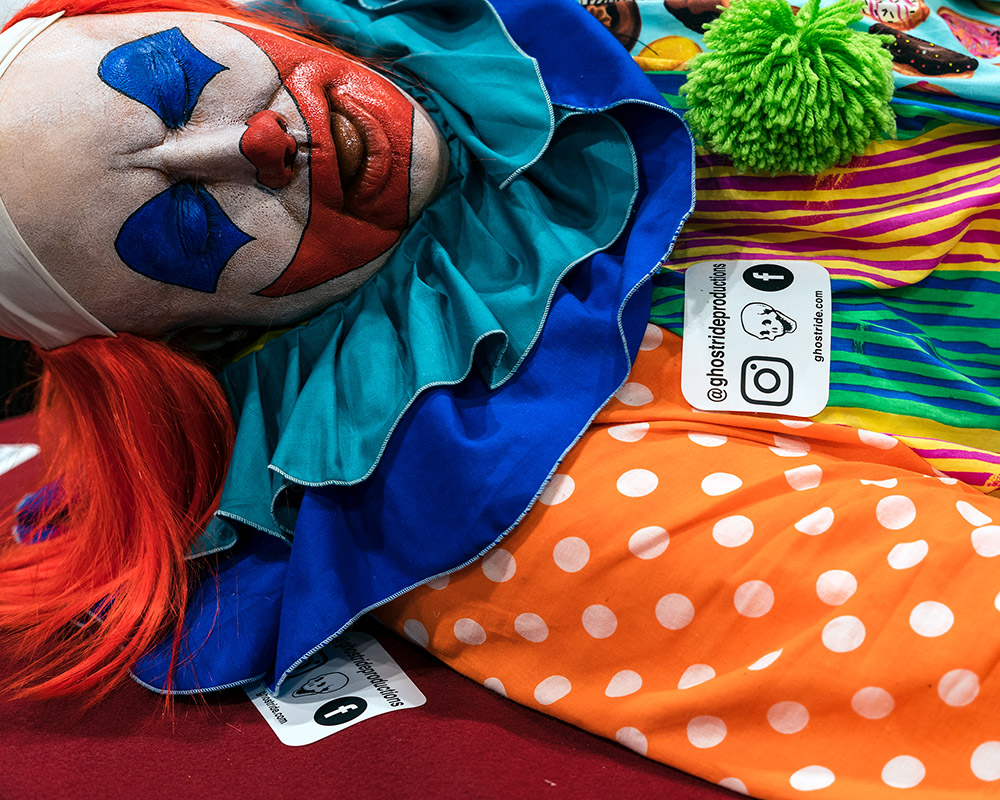 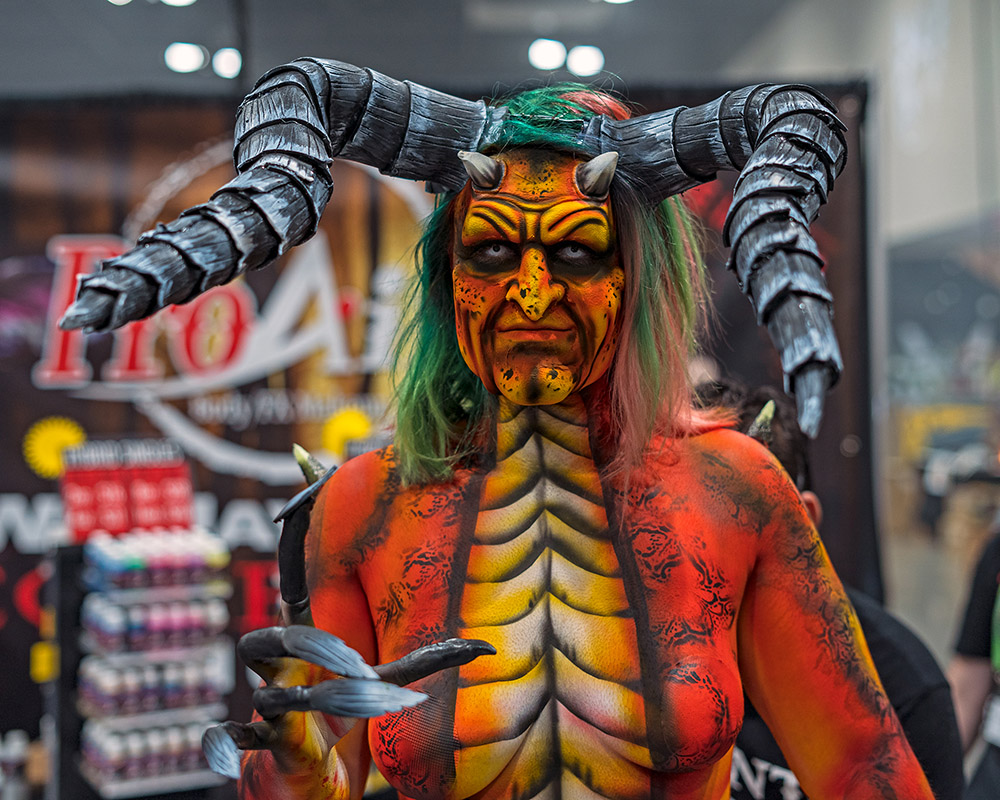 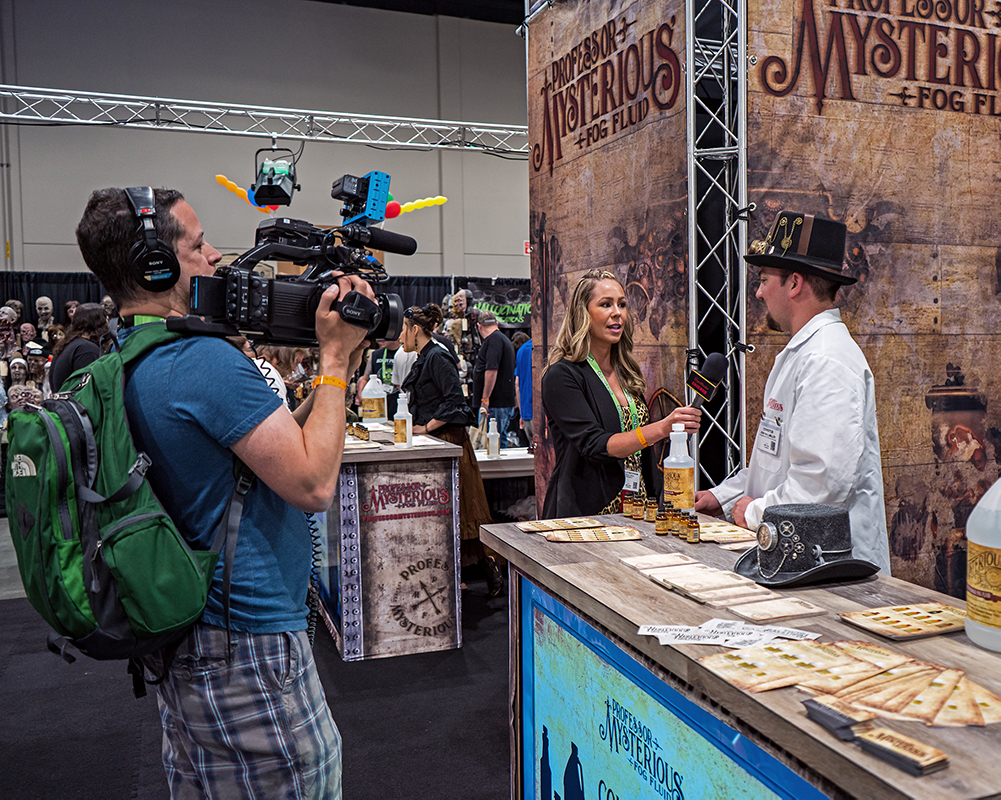 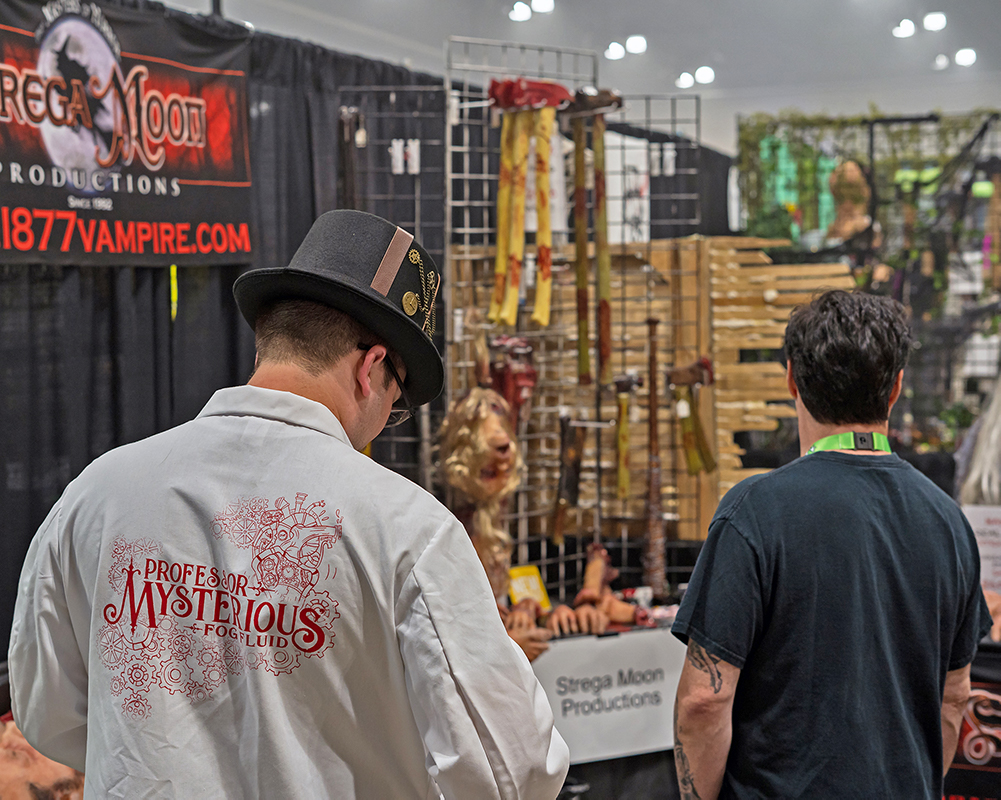 We left exhausted and excited, which is absolutely what you want to feel when you leave a haunt convention. If you're in the industry and in the midwest, or even if you're just fascinated by art and the macabre, don't hesitate to make your way to Midwest Haunters Convention - we'll be there, so stop by the Professor Mysterious booth and say "Boo!"